There are six main types of bridges:

Consists of a horizontal beam supported at each end by piers. The weight of the beam pushes straight down on the piers. The farther apart is piers, the weaker the beam becomes. This is why bridges rarely span more than 250 feet.

When something pushes down on the beam, the beam bends. Its top edge is pushed together, and its bottom edge is pulled apart. 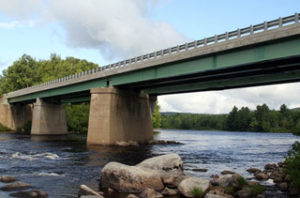 A cantilever bridge is a bridge built using cantilevers: structures that project horizontally into space supported on only one end. 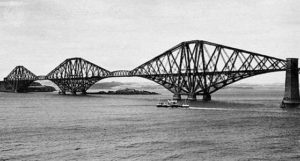 The arch has great natural strength. Thousands of years ago, Romans built arches out of stone. Today, most arch bridges are made of steel or concrete, and they can span up to 800 feet.

The arch is squeezed together, and this squeezing force is carried outward along the curve to the supports at each end. The supports, called abutments, push back on the arch and prevent the ends of the arch from spreading apart.

This kind of bridges can span 2000 to 7000 feet way farther than any other type of bridge! Most suspension bridges have a truss system beneath the roadway to resist bending and twisting.

In all suspension bridges, the roadway hangs from massive steel cables, which are draped over two towers and secured into solid concrete blocks, called anchorages, on both ends of the bridge. The two towers support most of the bridges weight. 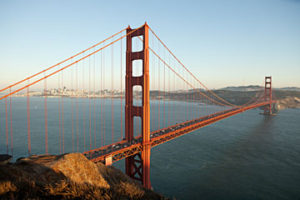 The cable stayed bridge is newer than the other types of bridge. Large upright steel supports are used to transmit the load into the ground. 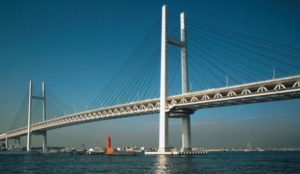 All beams in a truss bridge are straight. Trusses are comprised of many small beams that together can support a large amount of weight and span great distances. 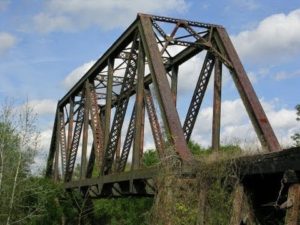 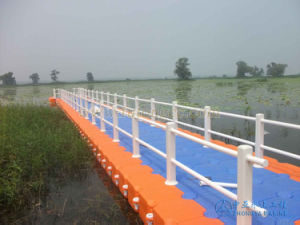 Hydraulically short conduit which conveys stream flow through a roadway embankment or past some other type of flow obstruction.