Concrete pavement which is occasionally called rigid pavement is a concrete layer that is in contact with traffics directly and it is used for different purposes and applications.

The concrete used for pavements can be modified and changed in various ways as per the requirement. Not only does the concrete pavement need to be strong and durable but also it must be workable and cost effective because it is commonly prone to severe environmental conditions.

Concrete pavements offer several advantages which is not possessed by bituminous pavement designs, for example, it is considerably suitable for large points loads, withstand diesel spillage and other aggressive materials, suitable for cases where sub-grade strength is low, resist high temperature, and many more benefits.

There are different types of concrete pavement which are employed for various applications and these will be discussed in the following sections. 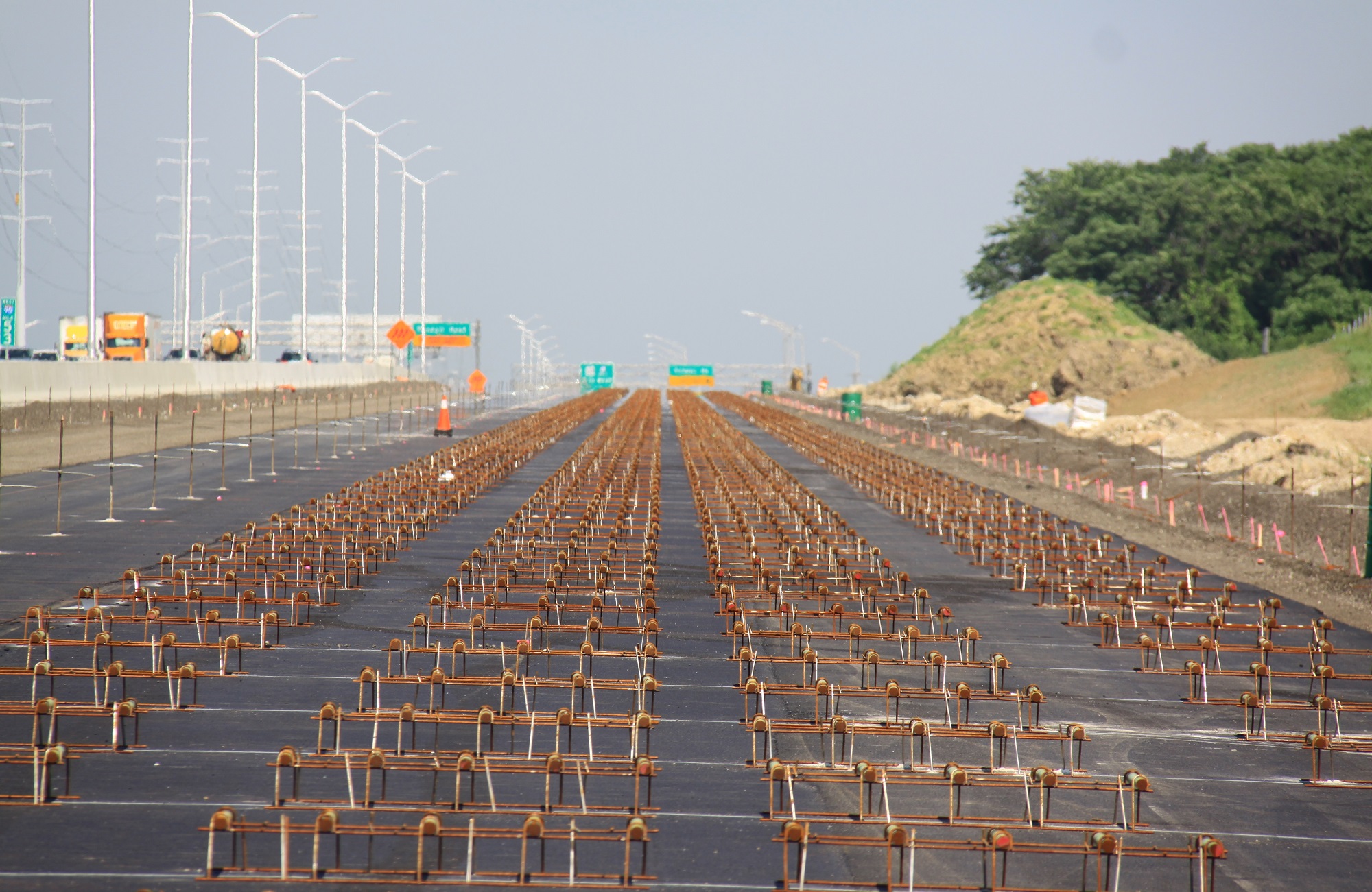 Following are the different types of concrete pavements and their applications and advantages:

As it can be observed from Figure-2, jointed unreinforced concrete pavement is composed of batch work of concrete slab layers, which are small square units, connected by employing tie bars and dowels or joints that is provided to prevent cracks. The success of jointed unreinforced concrete pavements depends on the tensile strength and flexural capacity of the concrete used which should withstand cracking and support imposed loads.

Designing, detailing and spacing of joints in the jointed unreinforced concrete pavements are considerably significant and joints need to be organized in such a way that produces square slab panels. This could be obtained when the 90 degree between longitudinal joints and transverse joints are achieved as it can be seen in Figure-2.

Additionally, the joint intervals in the jointed unreinforced concrete pavement is dictated by concrete slab thickness. The joint spacing increases as the thickness of the slab is increased and vice-versa.

It is recommended to use steel dowels in the joints otherwise the ability of the joints to contain movements will be declined and eventually the slab thickness need to be increased.

Table-1, which is taken with slight changes from American Concrete Pavement Association, provides guidance on determining spacing in concrete pavements.

Use of Jointed Unreinforced Concrete Pavement in Construction of Airfield Taxiway 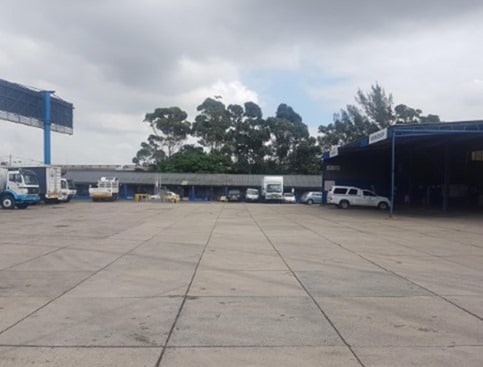 Generally, reinforced concrete slab with length of 10m are used but there are cases in which the slab length can reach up to 20m.

Jointed reinforced concrete pavement can be designed as crack free slabs or cracked slabs. The embedded steel reinforcement controls cracking and improves concrete slab stiffness. By and large, steel bars are installed in the middle of the slab but some designers locate reinforcements at both slab faces.

The most outstanding benefit of steel bar installation in the middle of the jointed reinforced concrete pavement is balancing positive and negative moments equally and as a result the slab is permitted to flex prior to cracking.

Added to that, the application of doweled joints in the jointed reinforced concrete pavement is a must because the spacing is large, which means the movement in the joint cannot be controlled if dowel ties are not used.

Commonly, pavement slab thickness of 150mm is employed and it is influenced by number of practical parameters such as required concrete cover.

This type of concrete pavement is built like long slab and reinforcement bars are placed at the middle of the slab. The longitudinal reinforcements, which are maintained at their position by transvers reinforcement bars, are employed to limit shrinkage cracks.

It is required to provide anchors at the end of the continuous reinforced concrete slabs otherwise huge ripple or bump will be formed at the beginning of bituminous materials due to movements which are generated by temperature fluctuations.

There are various types of finished that may be applied for instance whisper concrete and thin bituminous wearing course on the surface finish of continuous reinforced concrete pavement. 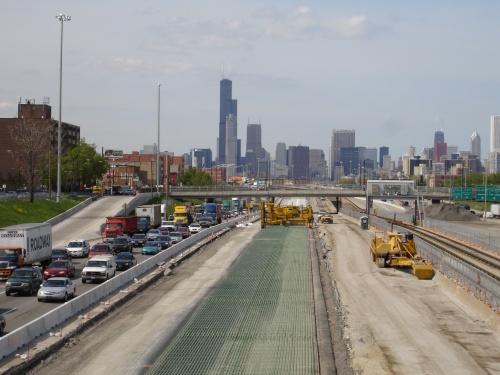 Continuously reinforce concrete pavements may be employed for the construction of airfield runways and highway projects and it is specifically cost effective when massive quantity of aggregate is present at site.