The seismic vulnerability in cable supported bridges will be discussed in the following sections. Performance of following types of cable supported bridges during earthquakes is discussed:

Performance of Suspension Bridges during Earthquakes Towers in the suspension bridge are the first and initial component on which loads are applied and frequently towers are made of steels. The weak point of the towers during earthquake is the tower plate cells.

The plate cell of towers is not strong that is why it might buckle. The buckling of the tower shaft, which primarily supports loads, will risk the integrity of the entire structure.

The cause of the failure is due to not only large tower displacement but also because P-delta effect is considerably large as well.

During earthquake, foundation uplift could occur and consequently the tower moves forward and back and/or side to side. If one side of the base of the shaft disconnect from the pier, the load moves away from its original position.

A practical measure to prevent this kind of failure is the placement of vertical stiffeners to the non-compact plates of the tower cells.

The steel tower shaft is carried by concrete pedestals. The concrete pedestals are subjected to local high flexure and quite large shaking. These may initiate tension cracks and possibly concrete cover spalling. An appropriate measure to tackle this problem is to employ prestressed strands.

Stiffening girders are the weakest parts of the suspension bridges. The main purpose of stiffening girders is to withstand live load and wind load. Therefore, they will suffer considerable deterioration if an earthquake that surpasses the wind load occurs.

In those bridges that are constructed for quite a long time, stiffening girders are built in form of trusses. Lateral braces and their connections experience most of damages caused by earthquake. Therefore, strengthening of lateral braces and connections is assumed to be suitable seismic retrofit. Liquefaction of the soil on which the foundation is fixed is the most dangerous cause of damages while an earthquake occurs. So, it is substantially significant to deal with soils which are prone to liquefaction. For that purpose, there are several techniques that can be employed for example stone column, densification, and displacement piles.

This is because of the cables which are work like bracings. If concrete is employed in the construction of piers and towers, they would be much weaker and more susceptible to earthquake damages. 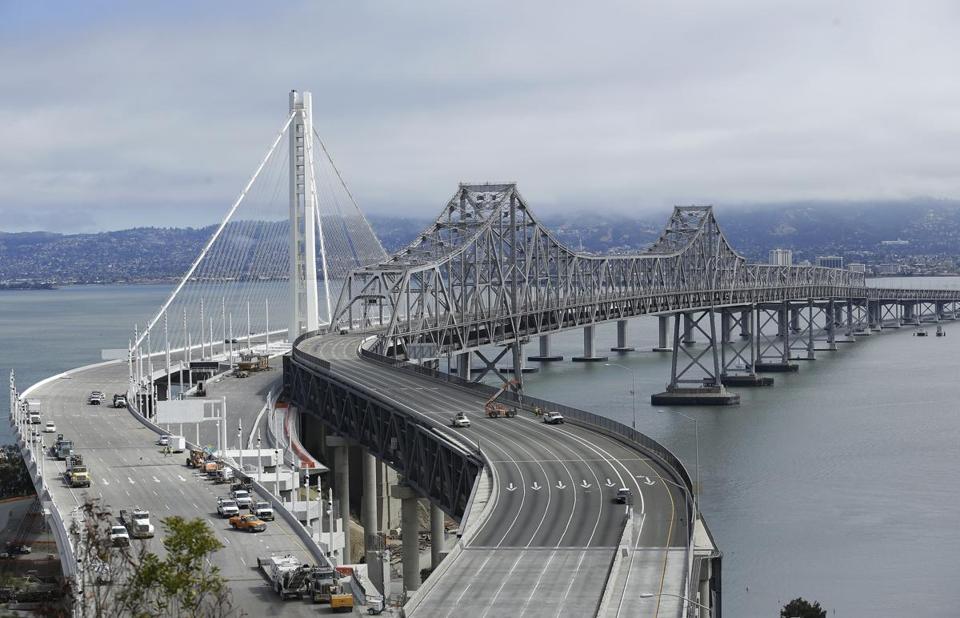 Earthquake Performance of Bridges during Construction

Obviously, bridges under construction are weaker and vulnerable to earthquake and suffer greater damages compare with the situation where it is completed. This is because, partially completed bridge are easily influenced by moderate or even smaller earthquake seismic forces. Therefore, measures to protect the structure during construction from earthquake forces need to be considered. Due to the fact that the occurrence of both earthquake shocking and movements due to wind simultaneously is rare, therefore in most situations, the measure which is considered to avoid the effect of wind vibraion while the structure is constructed is enough solution to avoid detrimental effects of seismic forces.