An airport is a location where aircraft such as fixed-wing aircraft, helicopters, and blimps take off and land. Aircraft may be stored or maintained at an airport. An airport consists of at least one surface such as runway for a plane to take off and land, a helipad, or water for takeoffs and landings, and often includes buildings such as control towers, hangers and terminal buildings.

Components of an airport layout

A runway is the area where an aircraft lands or takes off. It can be grass, or packed dirt, or a hard surface such as asphalt or concrete. Runways have special markings on them to help a pilot in the air to tell that it is a runway (and not a road) and to help them when they are landing or taking off. Runway markings are white.

Most runways have numbers on the end. The number is the runway’s compass direction. Some airports have more than one runway going in the same direction, so they add letters to the end of the number R for right, C for center,  and L for left. The other end of the runway is pointing in the opposite direction, so it gets a different number. The runway called 36 would be called 18,if you were looking at it from the other end.

Runways may have other markings besides the end number on them. They may have white stripes down the middle of them, and solid white lines on the edges. The most important thing for you to remember about a runway is that it is meant for aircraft use, so you should never drive your    vehicle on it, unless you are authorized to do so. 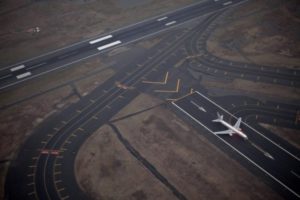 Also known as airport terminal, these buildings are the spaces where passengers board or alight from flights. These buildings house all the necessary facilities for passengers to check-in their luggage, clear the customs and have lounges to wait before disembarking. The terminals can house cafes, lounges and bars to serve as waiting areas for passengers. Ticket counters, luggage check-in or transfer, security checks and customs are the basics of all airport terminals. Large airport can have more than one terminal that are connected to one another through link ways such as walkways, sky-bridges or trams. Smaller airport usually have only one terminal that houses all the required facilities. 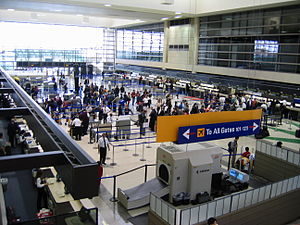 Aircraft aprons are the areas where the aircraft park. Aprons are also sometimes called ramps. They vary in size, from areas that may hold five or ten small planes, to the very large areas that the major airports have. Unlike the runways or taxiways, vehicles can use aprons. Your work may require you to drive on an apron. If so, be very careful in these areas. Watch out for aircraft that are moving and yield the right of way to them. Don’t assume the pilot will see you and stop- he or she may be busy with other things like radio communications or checking the aircraft instruments. Every year there are many accidents involving vehicles and aircraft that result in property damage, personal injury, and in some cases, death. Don’t let this happen to you! Your airport executive director has established rules for driving a vehicle on the airport- get a copy and read and obey them. The rules are there for your safety as well as the safety of the aircraft pilot and passengers. 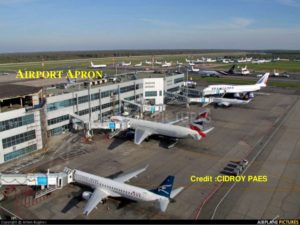 A taxiway is a path on an airport connecting runways with ramps, hangers, terminals and other facilities. They mostly have hard surface such as asphalt or concrete, although smaller airports sometimes use gravel or grass. 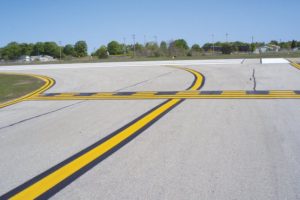 A portion of an apron designated as a taxiway and intended to provide access to aircraft stands only. 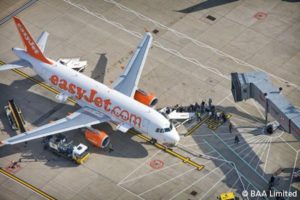 A tower at an airfield from which air traffic is controlled by radio and observed physically and by radar. 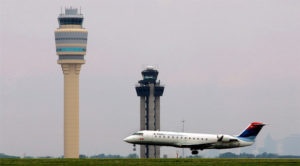 Parking is a specific area of airport at which vehicles park. 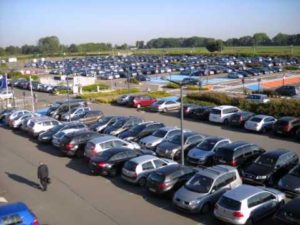