Objectives of a Foundation

A foundation is provided for the following purposes:

A shallow foundation is sometimes defined as one whose depth is smaller than its width. Shallow foundation can be laid using open excavation by allowing natural slopes on all sides. This is normally convenient above the water table and is practicable upto a depth of about 5m. Shallow foundation transfers the load to the ground by bearing at the bottom of the foundation.

In framed structures where several columns are to be constructed, isolated footings can be adopted. If masonry footing is provided, steps are given and the foundation area is thus increased so that the stresses developed at the base is within the limit. 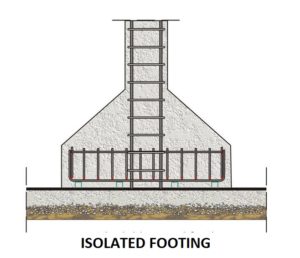 This type of footing is adopted when the space between two columns is so small that the foundation for individual columns will overlap. Combined footings are proportioned in such a way that the centre of gravity of the loads coincides with the centre of gravity of the foundation. Hence these footings have either a trapezoidal or a rectangular shape. 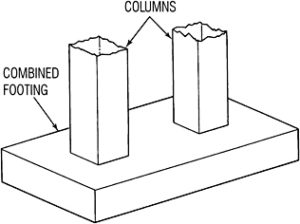 Piles are structural members that are made of steel, concrete, and/or timber. They are used to build pile foundations, which are deep and which cost more than shallow foundations. Despite the cost, the use of piles often is necessary to ensure structural safety.

A pier foundation consists of a cylindrical column of large diameter to support and transfer large super-imposed loads to the firm strata below. The difference between Pile foundation and Pier foundation lies in the method of construction. 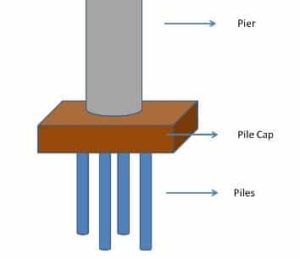