PVC stands for polyvinyl chloride. This type of pipe has a wide variety of plumbing uses from drainage pipe to water mains. It is most commonly used for irrigation piping, home and building supply piping. PVC is also very common in pool and spa systems. PVC is often white but it can also come in a wide variety of colors. 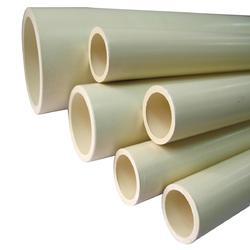 CPVC stands for Chlorinated Polyvinyl Chloride. This type of pipe can stand temperatures up to about 180 degrees (this depends on the schedule) or so and can be used for hot and cold water inside of a house or mobile home. CPVC is the same outside diameter as copper and PEX so push fit fitting that fit PEX and copper, such as Shark Bite, will fit the CPVC piping. Like with PVC you should use primer and a glue when making a CPVC joint. 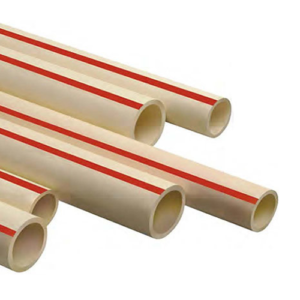 PEX stands for cross-linked polyethylene but, PEX is much easier to remember and say. PEX is commonly used for hot and cold water in homes and as hedonic heating due to its resistance to hot and cold temperatures. PEX is widely used now for its competitive pricing, ease of use, and the long rolls of piping that is can come in. 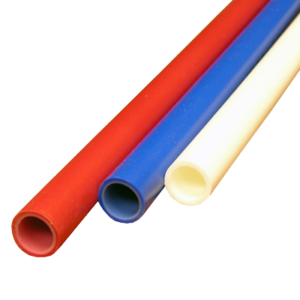 This type of pipe is mostly used for hot and cold water distribution as well as being regularly used in HVAC systems for refrigerant lines. Copper piping works in both underground and above ground applications, but copper can be affected by some soils and should be sleeved if used underground. Due to the price of copper and longer labour needed to install many builders are switching to alternative water distributions piping like PEX. Copper comes in different thickness which are labeled M, L and K. M is the thinnest grade of copper. Copper is connected by soldering pipe into the fittings. 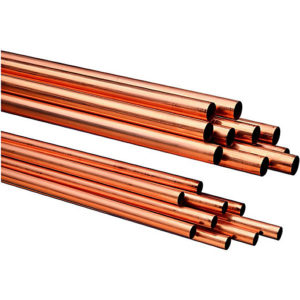